The Britain-born and Tata Motors-owned luxury car maker Jaguar has updated its F-Pace SVR performance SUV with various notable qualities, making it more faster, more dynamic and more refined than before. The credit for making the performance SUV better than ever goes to the Jaguar SV team. 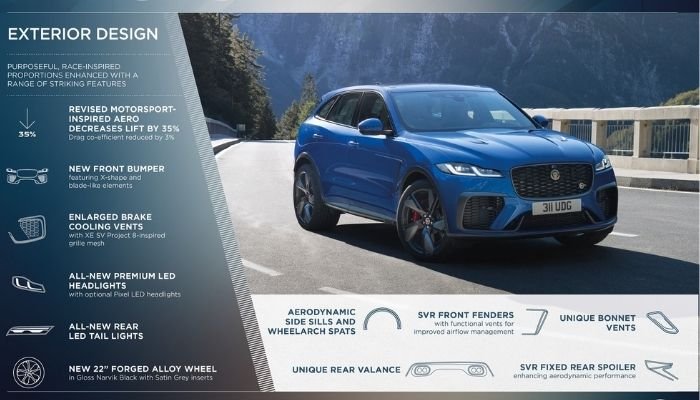 The tweaked F-Pace SVR is powered by a 5.0L V8 Supercharged petrol engine that can produce 550 PS of peak power and an increased peak torque of 700 Nm (increased by 20 Nm than forerunner). The improved torque helps in enhanced performance and allows the performance SUV to take a sprint of 0-100 kmph in 4.0 seconds and achieve a top speed of 286 kmph (increased by 5.1 kmph).

There are also incremental tweaks in the transmission and dynamics of the F-Pace SVR. The car feels more comfortable and enjoyable to drive now and it also doesn’t disappoint while running on the roads at high-speeds. Even the steering system is enhanced and now features a new electronic power-assistance system.

The braking of the new F-Pace SVR has also improved with the 395 mm (front) and 396 mm (rear) two-piece disc brakes, supported by a new Integrated Power Booster. There is improved cooling that further improves the performance of the brakes. The F-Pace SVR also features All-Wheel Drive with Intelligent Driveline Dynamics, also seen in other Jaguar cars.

The looks of the new F-Pace SVR carry the motorsport charm. The auto-maker has focused on enhancing the airflow and aerodynamics to greatly improve not just the looks but also the driving dynamics. The interior of the F-Pace SVR exhibits luxurious sporty traits, justifying the car’s overall character. Premiumness, which is always expected from Jaguar makes its way inside the cabins and you’d be impressed to see luxurious detailings at every nook and corner of the SUV. 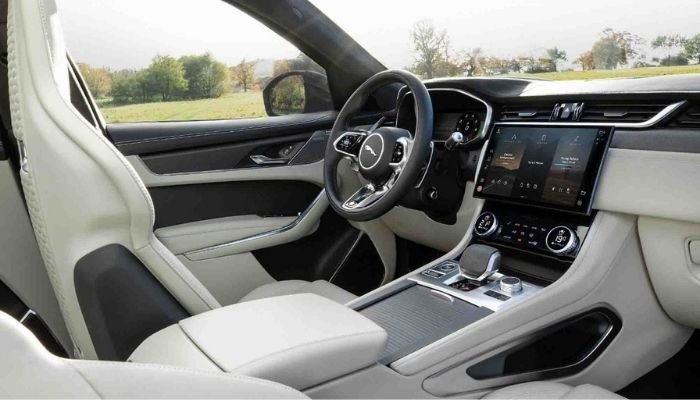 Stay tuned to CarBikeIndia to read news on cars and two-wheelers!