Facing rising competition from newer cars from its key rivals, Maruti Suzuki, Tata Motors, Mahindra and Kia, Hyundai is planning a bounce-back strategy. As per this move, the Korean carmaker has decided to stop the production of lower-performing models and selective variants of its popular models. As compensation, Hyundai will be focusing on newer models proposed to launch in the upcoming months. Following is a list of all the models and variants of existing models which have been shown the doors of the exit at Hyundai: The discontinuation of Santro from Hyundai India’s lineup has come as a shock, though it was bound to happen, as this all-new version of the hatchback failed to recreate the magic of its predecessor, the tall-boy Santro Xing. Hyundai brought back the Santro nameplate with an all-new hatchback, which came in as a replacement for the ageing Eon in 2018. Since then, the Hyundai Santro was available with a 1.1-litre four-cylinder petrol engine with both a 5-speed manual and AMT gearbox choices. Hyundai even added CNG-powered variants to the Santro’s lineup in the course of its sale.

The Santro picked up strongly in the initial months. However, the sales started dwindling after some time, as the better-equipped higher-spec variants of the Santro overlapped with the lower and mid-spec variants of the bigger and more powerful Grand i10 after significant discounts from both Hyundai and authorized dealer outlets. The arrival of newer cars like the new-generation WagonR, facelifted Tiago and S-Presso started eating up the sales of Santro, which fell to just 2,000 units in the recent times. In addition, the upcoming norm of compulsory side and curtain airbags and upgrading the 1.1-litre engine of the Santro would have required heavy investments. All these reasons might have forced Hyundai to pull the plug from the production of Santro. Currently, Hyundai has no plans to replace the Santro with any other entry-level hatchback, which means that the Grand i10 Nios is now the most affordable and smallest car from Hyundai in India. The Elantra was never a volume bringer for Hyundai in India. In the initial days, it faced stiffer competition from stronger brands like Honda Civic, Toyota Corolla and Chevrolet Cruze. In its recent last years of sale, the demand for D-segment executive sedans had fallen due to the rising popularity of midsize SUVs. After the BS6 era, the Hyundai Elantra had only one competitor in the form of the Skoda Octavia, which returned to India in a petrol-only avatar. However, even then, the sales of Elantra were discouraging enough to force Hyundai to stop the production of Elantra in India.

In its last version, the Hyundai Elantra was a sharp-looker with a contemporary and feature-laden cabin. It was available with two engine options – a 2.0-litre four-cylinder naturally-aspirated petrol engine and a 1.5-litre diesel engine, which were available with both 6-speed manual and automatic gearbox options. While the seventh-generation Hyundai Elantra has already hit the global markets, it is highly unlikely that Hyundai will bring that model to India, given that the sales of D-segment sedans have hit an all-time low in India due to much wider acceptance of new-generation midsize SUVs. 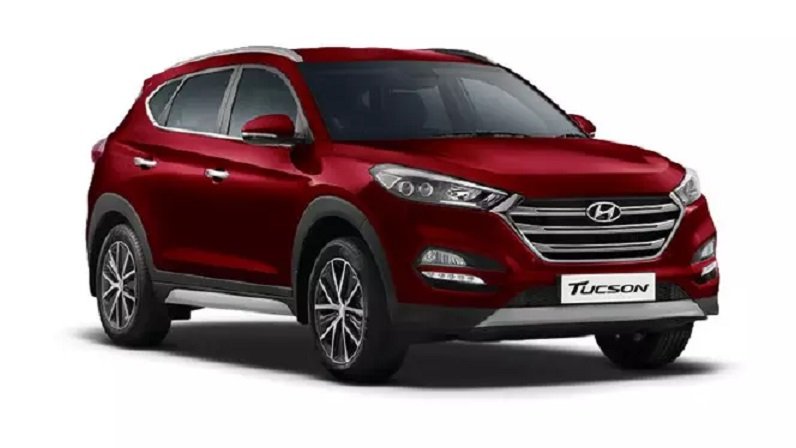 The Indian car market received the Hyundai Tucson for the first time in 2004, which proved to be a sales dud. Hyundai was quick enough to replace Tucson with the bigger and more premium Santa Fe, which continued to be on sale till 2016 in India with multiple changes. In 2016, Hyundai replaced Santa Fe with an all-new third-generation Tucson, which remained on sale till recently in April 2022. Hyundai has delisted Tucson from its official Indian website, indicating that the flagship SUV is no more on sale in India.

The third-generation Hyundai Tucson was introduced to take on a very niche segment of premium midsize SUVs, which later on saw the arrival of a few more SUVs like Volkswagen Tiguan, Jeep Compass and Citroen C5 Aircross. However, the arrival of more affordable offerings in the same space like Tata Harrier, MG Hector and Mahindra XUV700 started taking the spotlight from Hyundai Tucson. Nevertheless, the Tucson still managed to hold its candle with its more premium image and more refined and punchier set of engine options.

Unlike the Santro and Elantra which have no planned replacements in India, the space left vacant by Tucson is going to be filled by the all-new fourth-generation model of Tucson. This all-new Tucson is already on sale in global markets and has been teased on Hyundai India’s website, which says that the SUV will be launched in the second half of 2022. Compared to the outgoing version, the new Tucson looks extremely sharp and radical and also gets a new interior which looks inspired by those of smaller Creta and Alcazar. The 2.0-litre petrol and diesel engines with 6-speed manual and 8-speed automatic transmissions are likely to be retained in the all-new Tucson. ALSO READ: Hyundai Grand i10 Nios vs Old Grand i10 The discontinuation of diesel-powered variants of the Grand i10 Nios is a decision which is replicated for its sedan version, Aura. The Hyundai Aura was available with the same 1.2-litre three-cylinder diesel engine on offer in the Grand i10 Nios, with both 5-speed manual and AMT gearbox options in selective variants. With the discontinuation of diesel variants, the Hyundai Aura is also available only with two engine options, a 1.2-litre four-cylinder naturally-aspirated petrol and a 1.0-litre three-cylinder turbocharged petrol, the former of which is also available with CNG as an option. It is no surprise that Hyundai is working on bringing the facelifted version of the Venue sub-compact SUV, which is expected to hit the showroom floors anytime soon. Until the new version of the Venue arrives, Hyundai has cut short the variant lineup of Venue in India. Hyundai has discontinued all the variants powered by a 1.0-litre three-cylinder turbocharged petrol engine as well as lower variants of a 1.5-litre four-cylinder diesel engine. With this move, the Hyundai Venue is now available with 1.2-litre four-cylinder naturally-aspirated petrol engine with 5-speed manual gearbox in S and S+ variants and a 1.5-litre diesel engine with 6-speed manual gearbox in SX and SX(O) Executive variants. These variants are expected to be on sale till the new facelifted version of the Venue arrives in Hyundai showrooms across India.

Hyundai has made no changes to the variant lineup of Verna, Creta and Alcazar, which continue to be on sale in all the variants. In addition, the Creta is now also available in a new ‘Knight Edition’, which introduces blacked-out treatment to the exterior and interior of Creta and is available in four variants of the SUV.