With the increasing popularity of electric vehicles and drastic decline in sales of diesel-powered vehicles is one, we have just inched forward towards the end of using conventional IC-engine vehicles. However, there are still many people, who prefer the feel of an IC engine vehicle over an electric vehicle. In that particular section, there is a large set of people who still admire the beauty and simplicity of classic cars from yesteryears.

The Indian car market too has a fair share of such classic cars, which have stood the changing times and still possess the old-world charm. It is this sheer elegance of such vehicles, which makes them immensely desirable even in today’s day and age. Following are ten such glorious classic cars which have ruled the roads of India during their prime: 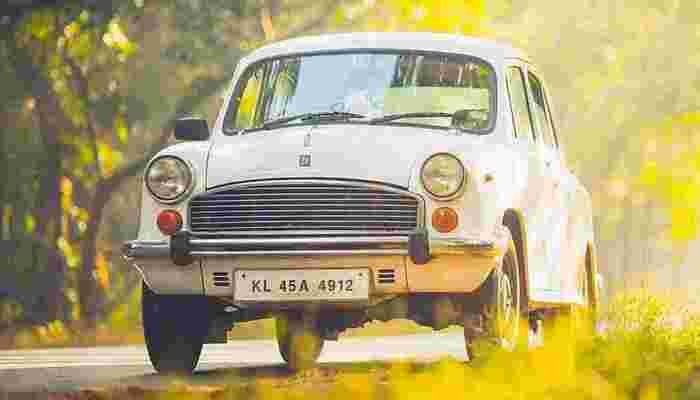 The Hindustan Ambassador holds the record of being the longest car in continuous production, which took place at Hindustan Motors’ manufacturing facility in Uttarpara, West Bengal. The Ambassador began its life as Hindustan Landmaster in 1957, which was a rebranded version of the Morris Oxford Series II. However, the Landmaster soon evolved to Ambassador after a small design overhaul, which remained the same till its last version with minor tweaks at times.

The Hindustan Ambassador received multiple engine options, including 1.5-litre petrol and diesel, 1.8-litre petrol and diesel and even 2.0-litre diesel engines. The car was finally pulled off the shelves in 2014 after a drastic reduction in demand due to a lack of evolution in its basic exterior and interior design and performance from the engine options. The Ambassador was known for its sheer back seat comfort and strong build quality, and one can even find a pristine used sample for a bargain. Introduced in 1953 in India through Premier Automobiles Limited, the Fiat 1100 was the direct competitor to the legacy of the Hindustan Ambassador. Known for its elegant Italian design with rounded edges, the Fiat 1100 remained in sale in India for a decade from 1954 to 1964 through the imported route. The car debuted in India with a 1.1-litre petrol engine, which also powered the global versions of the car.

The Fiat 1100 received a mild update in 1958, which received a ‘Select’ suffix in its name and a bigger 1.2-litre petrol engine. The Fiat 1100 was a smaller car in comparison to the bulky Ambassador, which made it an easier car to drive, especially in urban environments. Many people in India are still maintaining their 1100s in fine conditions.

ALSO READ: 6 Auto Companies That Quit India in Past 5 Years The Premier Padmini proved to be a hit among the upper-middle-class car buyers and affluent businessmen and celebrities. The car retained both 1.1-litre and 1.2-litre petrol engines from the Fiat 1100 and remained on sale from 1974 to 2000. The car even got a 1.4-litre diesel engine, and this diesel-powered version was sold as Premier Padmini 137D. The car was eventually phased out due to lower demand but continues to be in the hearts and garages of car lovers. Originally a Triumph Herald from England, the Standard Herald is one car which was preferred by the elite of India in the sixties. While the Standard Herald was introduced with minimal localization in 1961, the company increased the localization content in 1965. The Herald received its first update as Mark II in 1966, and the next update, the four-door Mark III in 1968.

Powering the Standard Herald was a 948cc petrol engine, which remained the same throughout its sale. In its span, the Herald was sold as a four-door sedan, two-door coupe and even a two-door convertible. While finding a well-kept sample of Standard Herald might not be easy now, the ones who still have it are cherishing it to the best. The original Suzuki Fronte SS80 from Japan was conceptualized for the Indian car market as the Maruti 800, which became Maruti Suzuki’s first-ever car for India. The sales of the Maruti 800 SS80 began in 1983, with the car becoming an instant hit due to its cleaner and fuel-efficient petrol engine, easier handling even in tight lanes and affordable pricing. Due to these qualities, it instantly became a top choice for middle-class families and first-time car buyers.

The original Maruti 800 SS80 remained on sale till 1992 and was assembled at Maruti Suzuki’s (then Maruti Udyog Limited) production facility in Gurgaon using Suzuki OEM components imported from Japan. It had a compact and angular design, which at that time made it the smallest and most affordable car to go on sale in India. It was powered by an 800cc engine and came with a fixed hatch with an openable rear windscreen giving access to the boot compartment. Even today, several SS80 owners have kept their cars in brilliant shape. The Volkswagen Beetle needs no introduction. The original ‘people’s car’ came in 1928 as a two-door five-seater compact car for the masses, but went on to become one of the most iconic cars in the history of automobiles. The first-ever iteration of the Beetle, the Type 1, remained on sale from 1938 to 2003, until a thoroughly modernized version of the car debuted which carried the essence of Type 1 in its design.

While the new-generation Beetles were sold in India after Volkswagen’s official debut in the country, the Volkswagen Beetle Type 1 was imported by many from overseas. This simple two-door car had basic mechanicals, including a rear-mounted engine, which was a rarity for a compact car during those times. With its rounded design language, even for the fenders and roofline, the Volkswagen Beetle Type 1 become an easily recognizable car with cult status. Even now, there are many units of Beetle Type 1 still plying on the Indian roads without any trouble. The speciality of the two-door Rolls Royce Phantom II is its exquisite design, with an elongated bonnet, vertically aligned chrome-bathed grille with the spirit of ecstasy motif at its top, rounded headlamps placed on the front tips of the swooping-curved fenders and flared wheel arches. All these design elements give it an opulent look, which was hard to match by any other car at its time. Even today, the Rolls Royce Phantom II is a collector’s item, which commands attention and respect wherever it goes. After Kaiser Motors took over Willys-Overland in 1953, the original CJ-3A two-door off-roader was rebranded as CJ-3B. This vehicle was named Willys CJ-3B, which was sold for both defence personnel and civilians around the world. In India, Mahindra and Mahindra received the license for manufacturing and sales of Willys CJ-3B, which became famous in the country as Willys Jeep.

The Willys CJ-3B appeared as a bare-basic off-roader, with a vertical grille with vertical slats within it and rounded headlamps included in its front fascia. This, along with the flared front wheel arches, slanted and tilting windscreen, rounded rear wheel arches, tailgate-mounted spare tyre and rugged off-road tyres, made the Willys CJ-3B an iconic design. The Indian versions came with a 2.2-litre diesel engine sourced from Peugeot. Many people still use well-restored versions or customized versions of the Willys Jeep across the country, especially in North India. Mercedes-Benz introduced the two-door W113 in 1963 as a replacement for the 300 SL and 190 SL and remained on sale till 1971. During these years, there were many Indians who imported various variants of W113, like 230 SL, 250 SL and 280 SL. All these three iterations of the W113 came with a low window waistline and removable concave hardtop, due to which it also received the ‘Pagoda’ nickname.

While the 230 SL came with fishbowl headlamps and a simple chrome grille, the 250 SL and 280 SL got more conventional rounded headlamps. What remained the same throughout the W113 range were the wide chrome grille, angularly-placed trapezoidal windscreen and sleek side and rear profiles. All these iterations of the W113 range came with fuel-injected inline-six petrol and diesel engines. Due to its powerful brakes, well-sorted suspension and radial tyres, the Mercedes-Benz W113 was a true driver’s delight. All the iterations of the W113 range are regular sightings in classic car rallies which take place regularly in India. Remember the blue-coloured car from the movie ‘Dhamaal’? Yes, that’s Ford Super Deluxe, a four-door five-seater car from the late forties, which Ford officially sold through the imported route, during its first-ever official stint in India till 1953. The Ford Super Deluxe was available in India from 1947 to 1950, and one can still find a few well-kept samples in India, even in the used car market.

The Ford Super Deluxe was quite a large car with a well-contoured triangular bonnet, super-wide front fenders and chrome grille with horizontal bars and rounded headlamps. While the car was also available with two-door sedan and two-door convertible versions, the Indian car market only got the four-door sedan version. The powertrain combination on offer was a 3.9-litre V8 petrol engine with a 3-speed manual gearbox.