Just a few weeks after making its debut in India with two 300cc scooters and a 250cc cruiser motorcycle, Keeway has expanded its Indian lineup with its second motorcycle, the V302C. To be positioned above the K-Light 250 V, the new Keeway V302C is a low-slung bobber motorcycle similar to the ones on sale by Harley Davidson. With its launch, the V302C has become the most affordable and smallest twin-cylinder bobber in India, pricier only than the single-cylinder Jawa Perak. 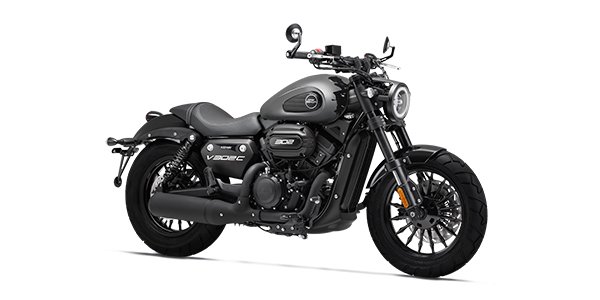 The new Keeway V302C has been launched in a single variant, which is priced between Rs 3.89 lakh to Rs 4.09 lakh. It is available in three colour options – black, grey and red, all of which differ based on their prices. The grey colour is the most affordable one at Rs 3.89 lakh, followed by black at Rs 3.99 lakh and red at Rs 4.09 lakh. The Keeway V302C comes with Harley Davidson-squee side covers for the air filter, with other elements like a rounded LED headlamp, tail lamp and turn indicators. Other features which make the Keeway V302C look and feel special are a single-pod rounded fully-digital instrument console with a blue backlight below the handlebar and bar-end round-themed rearview mirrors.

Unlike the smaller 250cc V-twin of the K-Light 250 V, the new Keeway V302C is powered by a slightly bigger liquid-cooled, V-twin 298cc engine, which is exclusive to this motorcycle as of now. Paired to a 6-speed transmission, the engine produces a maximum power output of 29.5 bhp at 8,500 rpm and a peak torque output of 26.5 Nm at 6,500 rpm. The power is transferred to the rear wheel via a belt drive, a first-of-a-kind feature in the sub-500cc segment in India.

The new Keeway V302C is a one-of-a-kind twin-cylinder bobber, which has no direct competition in the market right now. The more affordable Jawa Perak is priced almost half of it, while the next bobber, the Harley Davidson Forty-Eight, is priced almost three times more. Alongside the launch of the V302C, Keeway also confirmed that it will be launching a retro street classic, a sporty naked roadster and a faired motorcycle before the end of this year.